Paul North, Director of External Affairs at Volteface, will be joining the debate at the Cannabis Investor Forum

We are delighted to announce Paul North, Director of External Affairs at Volteface, will be joining the debate at the Cannabis Investor Forum next month. 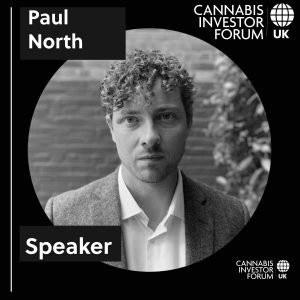 Paul North is a Managing Director at Volteface, an influential cross party advocacy organisation which seeks to reduce the harm drugs pose to individuals and society, through evidence-based policy and reform.

Volteface were behind the Billy Caldwell campaign and regularly feature in the mainstream media commenting on cannabis reform. Volteface’s research is used to help inform the debate on how the UK should approach cannabis reform and how likely to UK is to legalise the drug.

THREAD/1. Our study-trip to Canada in May was equally insightful as it was pleasurable for the team to be involved in. Seeing the culmination of the documentary @gyme7 & the @BBCNewsbeat team put together is a great conclusion to this trip. pic.twitter.com/Al7TnKY80U

After obtaining a degree in criminology and working in the drug treatment sector for nine years, Paul saw first hand the damage the UK’s drug policies inflict on society and became inspired to reform them.

Alongside his role at Volteface, Paul is a Director for the harm reduction group drugsand.me and volunteers for the drug testing charity ‘The Loop’.

The Cannabis Investor Forum is taking place on the 24th October in the City of London. Please register for further information here.